Frank Lloyd Wright and the Use of Steel in Buildings 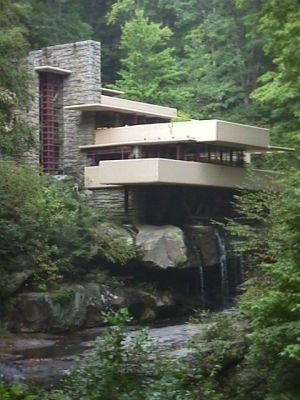 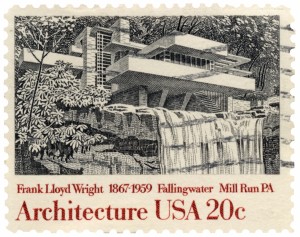 Frank Lloyd Wright is one of the most famous architects of the modern age. His work was a major departure from what his contemporaries were creating. He made use of reinforced concrete, steel, and other materials to create amazing buildings like Fallingwater, one of his most famous residences. However, due to the unorthodox design, Fallingwater later proved to have some major structural issues that had to be addressed.

Wright was hired by Edgar Kauffmann Sr. to create a weekend vacation home for the Kauffman family. When Wright saw the site, he couldn’t tear his eyes away from the waterfall there. But even though Wright immediately started getting ideas, it took him about six months to put them to paper. He hadn’t drawn up anything when the Kauffmanns came to visit him. But the morning they came to his studio, he sat down and drew up the entire plans for the house. His apprentices built a model while Wright and the Kauffmanns had dinner.

Everyone, including the Kauffmanns, believed that Wright planned to build the house at the bottom of the waterfall. They were all surprised when he stated that the house would sit at the top!

Despite how amazing Fallingwater is, it hasn’t been without its share of problems. One of the biggest problems was that the cantilevered beams Wright used turned out to be under-reinforced. They simply weren’t strong enough to hold up the massive amounts of concrete used in parts of the building. This meant that the building was eventually going to sag and possibly collapse under its own weight. When the issue was caught, parts of the building had already dropped as much as seven inches. Even the strongest reinforced steel couldn’t hold up.

The Kaufmanns had a number of load tests done, and the end result was that the structure exceeded the safety margins. However, even though others believed the residence needed additional props, Wright convinced the family that his design would hold. Later, in 1995, an investigation found a large crack in one of the cantilevered beams and noted the seven inch deflection in the home.

When Robert Silman Associates did a full analysis using a structural model, it was determined that the reinforced steel beams were under a stress of around 41,700 psi. Their yield strength was rated at 42,000 psi, so the home was reaching its failing point. During repairs, a number of other issues were found and had to be replaced.

While Wright’s use of steel in the construction of Fallingwater was appropriate and well-done, the issue was that he didn’t use enough of it. Additional posts and support would have made the entire building more stable.

« « Previous: A Simple Guide to Building a Great Workbench
Next: The Going Green Movement » »