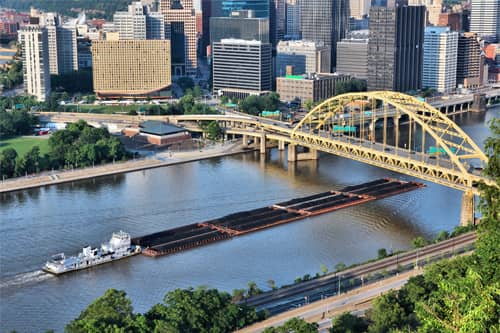 Andrew Carnegie is known for many things. This Scottish American inventor and industrialist was a great philanthropist, giving away nearly 90 percent of his wealth. He also led the expansion of the U.S. steel industry. One of his biggest contributions to the world was his method of cheaply and efficiently mass producing steel rails for the growing railroad industry.

Prior to striking out on his own, Carnegie had worked for a number of different steel companies. His first job was as a telegraph messenger boy, but he left that position after a few years to work at the Pennsylvania Railroad Company. While he held an office job, he did get to see first-hand how the railway system worked. He began investing in a number of small businesses, and by the time he was ready to enter the ironworks trade, he had made a significant amount of money. One of his first projects was to contract with the Pennsylvania Railroad Company to manufacture steel rails.

Carnegie himself didn’t actually invent the process of creating these steel rails. That was done by Sir Henry Bessemer, who had created a furnace that was capable of burning away the large amount of carbon found in pig iron. Carnegie adapted this process, making it more efficient for creating steel rails. As a result, this modified Bessemer process allowed for steel to be mass produced inexpensively. By the late 1880s, Carnegie’s steel company, Carnegie Steel, had become the largest manufacturer of steel rails in the world. The plant produced about 2,000 tons of metal every day.

In order to grow, Carnegie purchased the Homestead Steel Works in 1888, removing one of his largest competitors from the market. With this purchase, which included a railway, coal and iron fields, and a line of steamships, Carnegie was able to merge all of his assets into the Carnegie Steel Company. He later folded a number of other steel companies into Carnegie Steel, including Pittsburgh Bessemer Steel Works, Union Iron Mills, and the Keystone Bridge Works.

Carnegie retired from the steel industry in 1901. John Pierpont Morgan had created the United States Steel Corporation with the goal of reducing duplication by bringing major steel companies together. He bought Carnegie Steel, allowing Carnegie to retire with what today would be about $6.4 billion dollars. Following retirement, he continued to travel, write, and give money to a variety of causes, including libraries. By the time of his death in 1919, he would actually be more well-known for his philanthropic activities than for his contributions to the steel industry. When adjusted for inflation, he had given away $4.8 billion dollars at the time of his death.