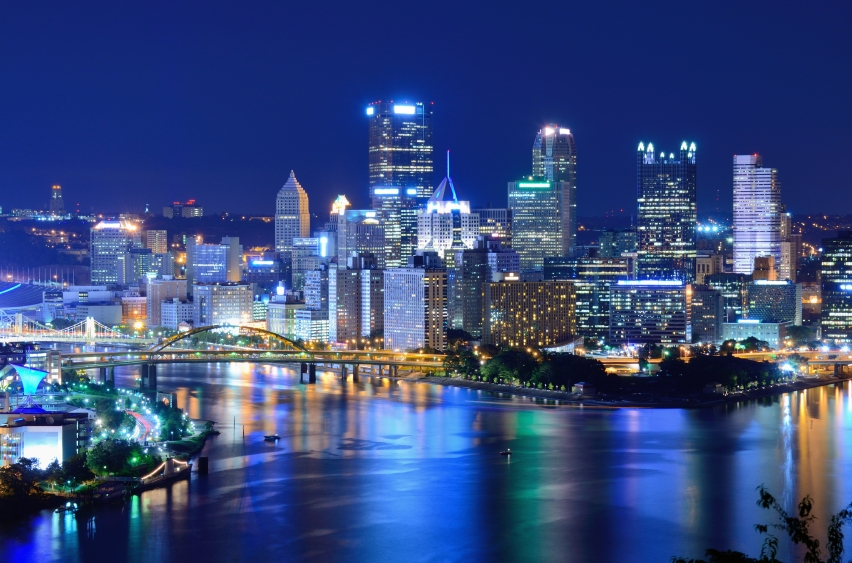 The Steel Industry and Pittsburgh

The U.S. steel industry and Pittsburgh have almost always been intertwined. In fact, it’s not an exaggeration to say that the steel industry built Pittsburgh into the city it is today. In the beginning, Pittsburgh was mainly an agricultural and trade center. Later, following the discovery of a number of coal deposits, the city began growing into a major industrial center. Shipyards and glass production ruled Pittsburgh in the 18th century, but that would change within a hundred years.

Andrew Carnegie had a lot to do with bringing steel to Pittsburgh. His company, the Carnegie Steel Company, started small but quickly grew into a powerful business in the area. After a violent strike, the company went through a transformation and, after adding other companies to his empire, Carnegie consolidated everything into U.S. Steel. Alongside J&L Steel, the two companies dominated the industry, and the era of Big Steel began. Many other, smaller steel companies were located in Pittsburgh or the surrounding areas such as Bridgeville, West Homestead, and Neville Island.

Steel continued to drive the economy of the city through the 20th century. Thanks to the industry, Pittsburgh continued to grow, and in the early 1900s, the city had a population of more than 300,000. By the mid-1920s, it was home to the largest structural steel plant, a huge rail mill, and a giant wire manufacturing plant. The city was also producing about a third of all steel in the United States.

While Carnegie had fought off unions in the past, in 1935, the Wagner Act made it illegal to do so, and the steel industry unionized. This gave workers more power in asking for higher wages and benefits, leading to some changes in the size of various steel companies. However, the industry continued to go strong until the late 1970s and early 1980s.

The 1973 oil crisis sent shockwaves through the economy. Prior to the recession, the economy could support the rapid growth of many steel companies, but once that was no longer true, many steel companies went out of business. Pittsburgh was hit incredibly hard. In 1980, the city had employed more than 90,000 people in steel-related jobs. By 1984, that number had dropped to a little under 45,000.

While this lead to a change in the economy of the city, Pittsburgh still produces a good amount of steel. The impact of the steel industry can be seen throughout the entire city in its many steel projects, old steel mills, and the very fact that the city’s NFL team is called the Pittsburgh Steelers.